Foreign tourism spending in Spain increases 6.3 pct up until Sept.

The amount of money spent by foreign tourists in Spain rose by 6.3 percent to a total of 53.793 billion euros (about 59.2 billion U.S. dollars) in the first nine months of the year when compared with the same period of a year earlier, the Spanish Ministry of Tourism reported on Tuesday. 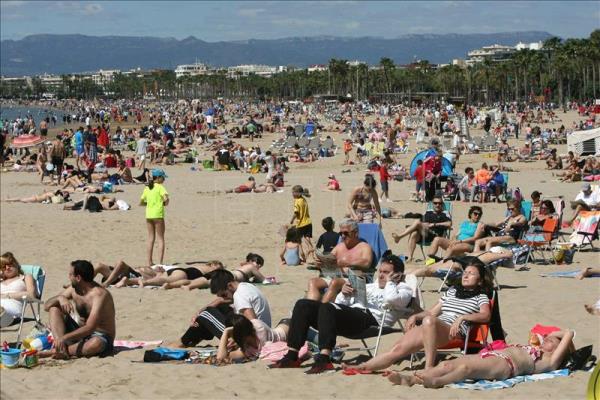 Average spending per tourist stood at 989 euros, 2.4 percent more than in the first nine months of 2014, while the average daily spending stood at 112 euros, meaning a 3.8 percent increase when compared with a year earlier.

In September alone, international tourists spent 7.202 billion euros, which meant a 2.3 percent increase when compared with a year earlier.

Average daily spending stood at 116 euros, a 2.3 percent rise in comparison with a year earlier, while average spending per tourist stood at 1,005 euros.

In the first nine months of the year, the British spent 11.535 billion euros in Spain, which meant a 10.5 percent increase when compared with a year earlier.

The summer of 2015, which comprises the months of July, August and September, was the best summer in 10 years for Spain’s tourism, Exceltur, the association that encompasses big companies of the sector in Spain, reported at the beginning of October.

Spain is the third most visited country in the world after the United States and France and is the second country where tourists spend more money.