Formula 1 is coming to Torrevieja

Huge crowds are expected to descend on Torrevieja, Costa Blanca next month as one of the most exciting events to hit the town for years is revving up. 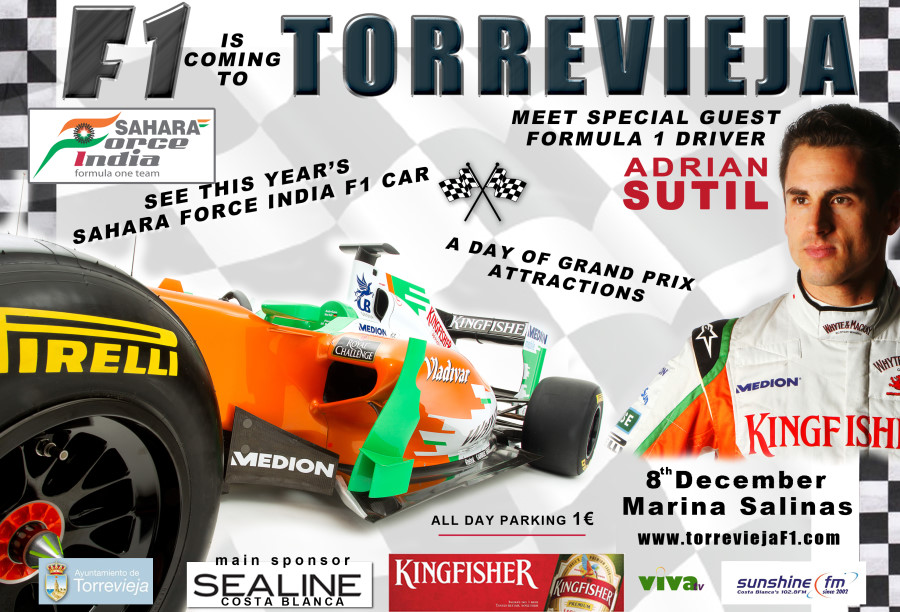 On Thursday December 8th the new and stunning Marina Salinas in Torrevieja with all its bars and restaurants and a backdrop of million euro yachts will be transformed into a Monaco style Grand Prix day as the glitz and glamour of Formula One comes to town.

Kingfisher is launching their beer in style here in Spain with an exciting day starring this year’s Sahara Force India Formula One car and a special appearance by one of the World´s top current Grand Prix drivers Adrian Sutil. Taking time out of his very busy schedule, the Mayor of Torrevieja Sr Eduardo Dolon will also taking part in this exciting event.

The Torrevieja Town Hall are delighted to have such a high profile launch in their town and have given it their full backing by working hand in hand with Kingfisher to ensure that the huge crowds expected at their own Constitutional celebrations at the port will get the best from the two events which are being hosted next to each other.

Planned, is a full day of events including photo opportunities with the Sahara Force India Formula One car and the driver himself.  You can also test your own Formula One potential in a racing simulator, and with a classic car exhibition, remote control helicopter aerial display, replica model jet fighter planes from Madrid, authentic Indian cooking demonstrations, charity raffles offering you a chance to win some authentic F1 memorabilia, Kingfisher Beer promotions and much more there certainly won´t be a lack of things to see or do. 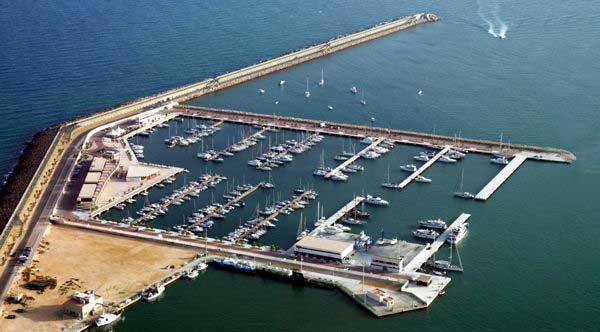 Welcoming  Adrian to Torrevieja will be the mayor Eduardo Dolon who will be arriving with him at Marina Salinas aboard a luxury 60ft Sealine motor yacht and this will be followed by local and national TV and press interviews on the flybridge of this magnificent vessel.

Entrance to the Kingfisher Formula One day is free and there will be plenty of parking at the marina at only 1 Euro for the whole day giving you no excuse not to enjoy this Monaco style day.