THE Alicante Provincial Government is carrying out a campaign to promote energy conservation on the beaches of the province to raise awareness among citizens to respect the environment and reduce energy costs. 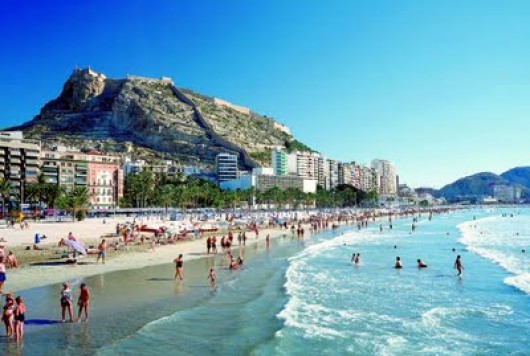 This August, the beaches of Torrevieja, Santa Pola, Alicante, San Juan, Benidorm, Altea and Denia have all been the targeted for this initiative, in which the swimmers were able to collect a range of recycled cardboard, with energy saving tips such as keeping the air conditioning at 25 ° C, going to the beach by bike or bus, or unplug electronic devices when leaving on vacation.

Ten thousand brochures in 5 languages have been distributed, ​​(Spanish, Valencian, English, French and German) throughout the region’s tourist offices, and for the first time this year, the  7 beaches of the Costa Blanca, containing useful information about energy saving.

This action adds to Alicante’s existing campaign, ‘Join the 20’, which has been running since October 2010, in which the goal is to save 20 per cent in energy consumption by 2020, and reduce by 20 per cent CO ² as well as switching to having 20 per cent of energy consumed from renewable energy in the region by that date; in line with the Action Plan for Energy Efficiency that the European Commission launched in 2008.